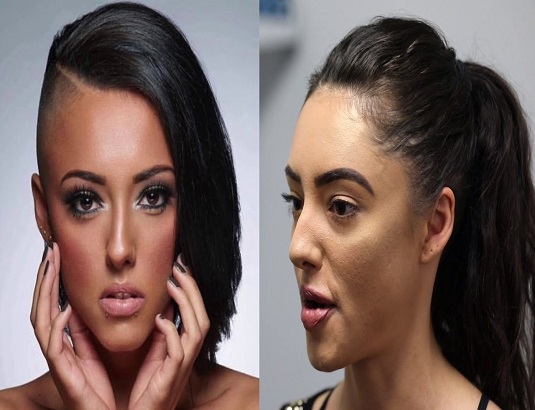 You may have noticed someone around you having a twisted or bent such that the nose doesn’t follow asymmetry. Such a medical condition is very common and everyone must have seen it. In this condition, the nose either becomes C in shape or S in shape. In medical terms, the wall which is located between the nasal passages goes out of shape i.e. it either bends left or right side of the face. The causes of this medical condition range from birth disorders to some injury or trauma.

What Are The Main Causes Of Crooked Nose?

The following are the causes of a crooked nose:

The left and right nasal passages of the nose is separated by a very thin internal wall known as the septum. When the septum bends on either side of the face causing it to deviate from following a straight line, it causes a crooked nose. A deviated Septum also causes many other problems such as internal bleeding and difficulty in breathing.

What Are The Non-Surgical Ways Of Treating Crooked Nose?

The crooked nose has become very common among humans and most of the cases don’t pose any threat. However, there are chances that the condition becomes severe. In such a case, one should refer to a doctor who would suggest either a crooked nose surgery or some non-surgical ways of treating the condition based on the severity.

There are two ways of treating a crooked nose without going for surgery. The first non-surgical way is by performing certain facial drills or exercises. Some claims performing them regularly can cause your nose to straighten up. There are various devices also available such as nasal sharpers which can be applied to the nostrils.

Second is the use of soft tissue fillers. They are injectable devices that are claimed to straighten up your nose by covering up the soft tissue areas causing your nose to bend on one side. However, you should consult a medical expert before going for any of these ways.

What Are The Surgery Options Available Against This Condition?

Following are the two surgery options available against a crooked nose:

If you have a crooked nose and don’t receive any serious problems, you should not consider going for a crooked nose surgery unless you want to get it down for a cosmetic reason. However, it is always best to get it examined by a medical expert.

Traveling for work? Here are 7 ways to take care of your Health

Know About Nasal Air Filters Before Purchasing It

Know About Nasal Air Filters Before Purchasing It

Traveling for work? Here are 7 ways to take care of...