More than 95 percent of small business start-ups fail in the first five years. These are cutthroats numbers — anyone who’s looking to start a small business should understand that there are a lot of obstacles they’re going to have to overcome if they want to succeed.

One of the biggest things that causes small businesses to fail is a failure to adapt to change. Changes in business are natural, but not every company is equipped to handle them.

This article will walk you through important factors that influence how business is conducted, cite some examples, and let you know how you can bolster yourself for change.

Technology is probably the biggest cause of changes in global industry. Technology doesn’t just make life easier, it affects our cognitive styles and forces the world to adapt around it.

The invention of the printing press in the fifteenth century directly caused vernacular languages to flourish and allowed knowledge to be spread to the masses. The perfection of the steam engine throughout the 18th century led to the industrial revolution of the 19th century, which created the cultural business-scape we live in today. The development of the internet in the late 20th century has revolutionized the way we do business, and live life, today.

Kodak — the titans of the camera world in the 20th century, even immortalized in Simon and Garfunkle’s song “Kodachrome” — famously went bankrupt in 2012. Why? They simply couldn’t adapt to change.

The owners of Kodak believed that the physical process of touching a picture is what people loved about it. They judged digital photos to be a passing fad. Clearly, they were wrong.

The Ballad of Charlie Chaplin

It’s best to never assume that a recent technology is a passing fad. Many people thought that Film would be a passing fad when it came out. Charlie Chaplin himself — a stage actor at the time — said:

Cinema is little more than a passing fad. It’s canned drama. What audiences really want to see is flesh and blood on the stage.

Luckily, Chaplin was able to adapt in time to ride out the innovative technology and become a star. How many stage actors and directors missed out on this opportunity?

In innovation, it’s best to be like Charle Chaplin. Rather than viewing a new technology, which is limited when it first comes out (film was silent at first), with scorn, try to see how you can make it work for you. Charlie Chaplin adapted film to his unique physical-comedy clowning skills and therefore created innovations in the medium that we’re still feeling today.

Current events create shifts in the ways that we live our lives. When a significant portion of the population starts doing things a different way, businesses need to learn to adapt.

You don’t have to look very far at all to see an example of this. Just take the COVID 19 pandemic. Many businesses were forced to close — others thrived.

On the one hand, you had the Theatre Industry, which relies heavily on people sitting together in person for a long period of time. Whereas some small grocery stores were able to keep up limited services, every theatre in the country had to close its doors — they’re still slow in opening up.

On the other hand, you have online conferencing services. Businesses needed to communicate online more than ever before. Zoom happened to come to the front of the cultural consciousness and made a fortune.

However, your small business most likely falls between these two poles. You likely won’t make or lose tons of money simply because of a world-changing event. You’ll be able to adapt to make sure things work for you.

This is where business consulting comes in. What does consulting mean? We’re glad you asked.

Click the link above to learn all you need to know about business consulting.

Shifts in the Zeitgeist

The way we do business can be influenced by things not quite as tangible. Ideas, philosophies, belief systems, and public narratives can also influence the way that we sell our products and services.

Take for instance the “call-out” culture that’s developed on social media. Some people believe that it’s a force for good in the world, allowing people to warn others about nefarious business practices without having to go through police rigamarole. Others see it as a way to spread misinformation with little to no proof.

However, no matter how you look at it, it has changed the way that we do business. People trust the opinions of strangers online. Tons of people trust online business reviews, and it’s not hard to go to Twitter and read about poor interactions with a business.

Businesses now need to be extra careful with how they handle public relations. One small move could bring the whole house of cards crashing down.

One should also note that shifts in the zeitgeist are closely linked to technology. Once again, technology changes the way that we live our lives. It only naturally follows that a change in lifestyle leads to a change in beliefs, opinions, values, and worldview.

Whenever a development in technology occurs, businesses would be wise not only to adapt to said technology but to try to recognize how it might influence the cultural consciousness.

The world of business is put on a pedestal by many. Indeed, it’s where our livelihoods come from. However, at the end of the day, business is just as subject to the forces of history as any other aspect of our lives.

When developments in technology, significant cultural events, and shifts in the zeitgeist happen, get ready for changes in the world of business to come.  For more articles like this, check out our “business” section. 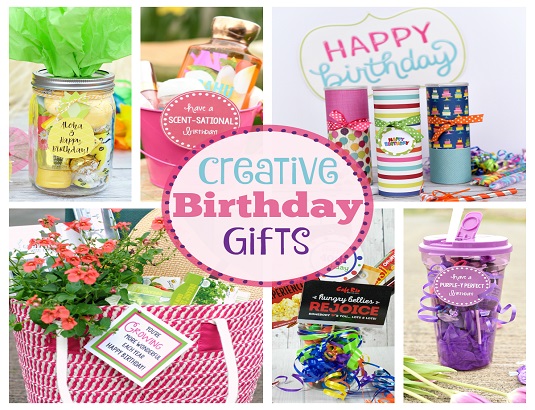 I'm Tanvi Sharma. I love to write blogs and updates on Business, Movies, Tech and other Industries. I also review the tech and health products on time to time. Follow this blog to always get my latest blog post.